Our new website is in construction : *** Stay tuned for new updation *** : Updation in this site is stopped for few days 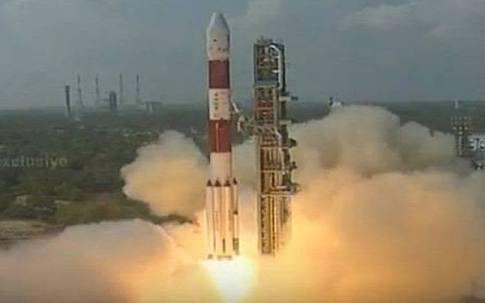 Sriharikota (Andhra Pradesh): India's space agency ISRO launched a record 104 satellites on a single rocket from the Sriharikota spaceport in Andhra Pradesh today. India has become the first country to successfully carry so many satellites in a single mission. The Polar Satellite Launch Vehicle PSLV-C37 is the star of what has been described as an incredible step for the country's space programme. It tore into the sky at 9.28 am, breaking free of the earth's gravitational pull with a growl. The countdown began 28 hours ago, says ISRO or the Indian Space Research Organisation.

In about 18 minutes, all 104 satellites were released into space, each travelling at the speed of over 27,000 km per hour - 40 times the speed of an average passenger airline.
India's workhorse rocket PSLV-C37 is on its 39th mission. Among the 104 satellites are many belonging to international customers.
This is the heaviest version of the PSLV, weighing about 320 tonnes at lift-off and standing tall at 44.4 meters.
The main passenger is the Earth-mapping Cartosat 2 series satellite, which weighs 714 kg.
The smaller satellites belong to the US, Israel, Kazakhstan, Netherlands, Switzerland, United Arab Emirates will be launched. 96 of the satellites belong to the US.
Close to 90 small satellites named 'Doves' belong to one San Francisco-based company, Planet Inc. The Dove constellation will be used to image the earth at low cost.
Two ISRO-made Nano satellites belonging to international customers were also launched. They weigh about 1,378 kg. The PSLV first launched the Cartosat-2 and then its 103 co-passengers into the polar Sun Synchronous Orbit, about 520 km from the Earth.
PM Narendra Modi congratulated the scientists for successful launch, saying "this remarkable feat has made India proud".
In 2014, the Russian Space Agency has launched 37 satellites in one go.
This is ISRO's second successful attempt after the launch of 23 satellites in a single rocket in June 2015.
Courtesy :: NDTV 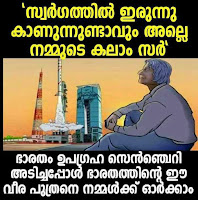 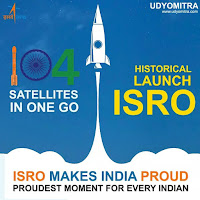 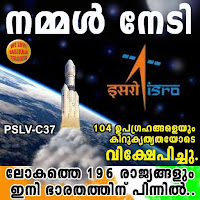 ISRO Makes History, Sets World Record By Successfully Launching 104 Satellites In One Go KTU live Admin 2017-02-15T04:36:00-08:00 5.0 stars based on 35 reviews   Story Highlights India is first to successfully carry so many satellites in single mission In about 18 minutes, all the satellites were re...
Share this with short URL Get Short URL
News
tech news
Next Post
Previous Post

Message to our help desk through WhatsApp